This vegan donuts recipe is my own that I have crafted today. 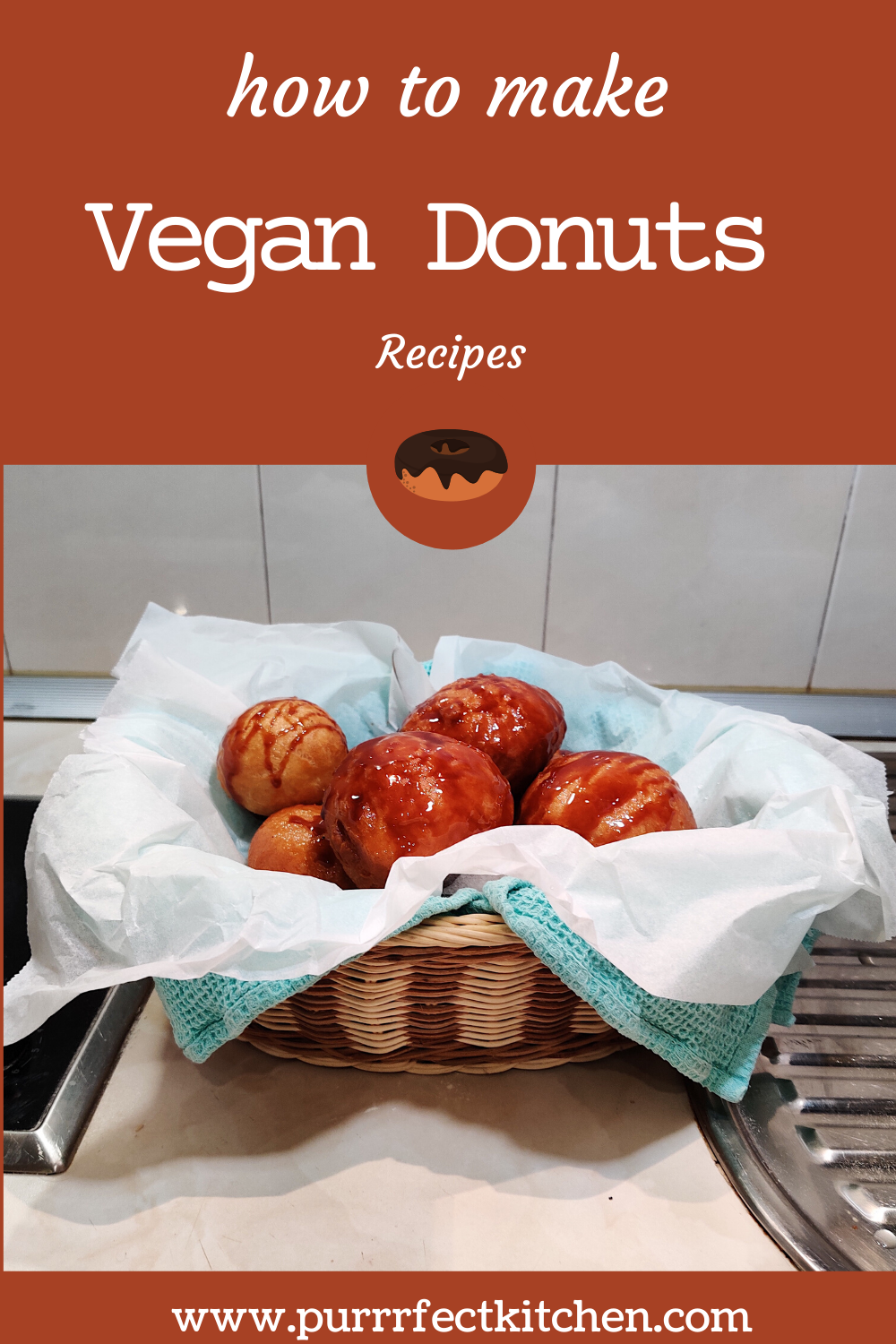 I have never made donuts or vegan donuts before, but I have eaten plenty 🙂

Today, I was feeling adventurous, so I decided to try and create my vegan donuts recipe.

While working out the vegan donuts recipe, I used Gordon Ramsey’s donut recipe as a base. Gordon’s formula was not vegan, so I changed most of the ingredients he used to make these vegan donuts.

First, I would like to warn you to make soft, airy donuts; we need a very soft and fluffy dough. Donut dough is very sticky as well, which makes it challenging to work with, but the result is worth it!

This recipe does require several hours for preparation, but its not a lot of work ..just many minutes of waiting 😀

So let me tell you more in detail about my recipe on how to make vegan donuts.

how to make vegan donut dough 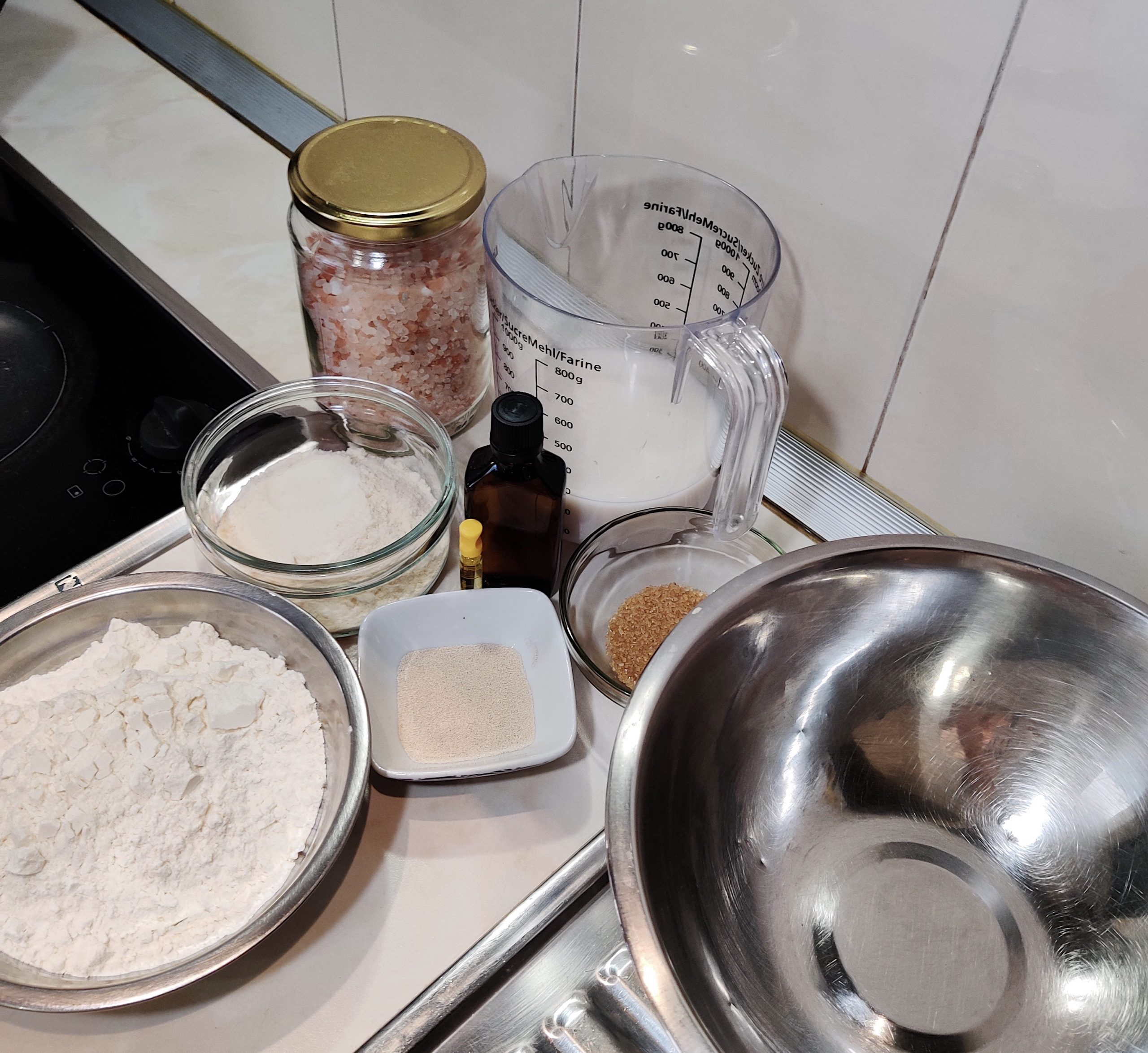 Step 1: First, we are going to activate our yeast. For this, we will need to warm up some milk. Since we are making vegan donuts, I used almond milk for this. You can also use soya milk, or coconut…or oats or any kind of plant-based milk will do. 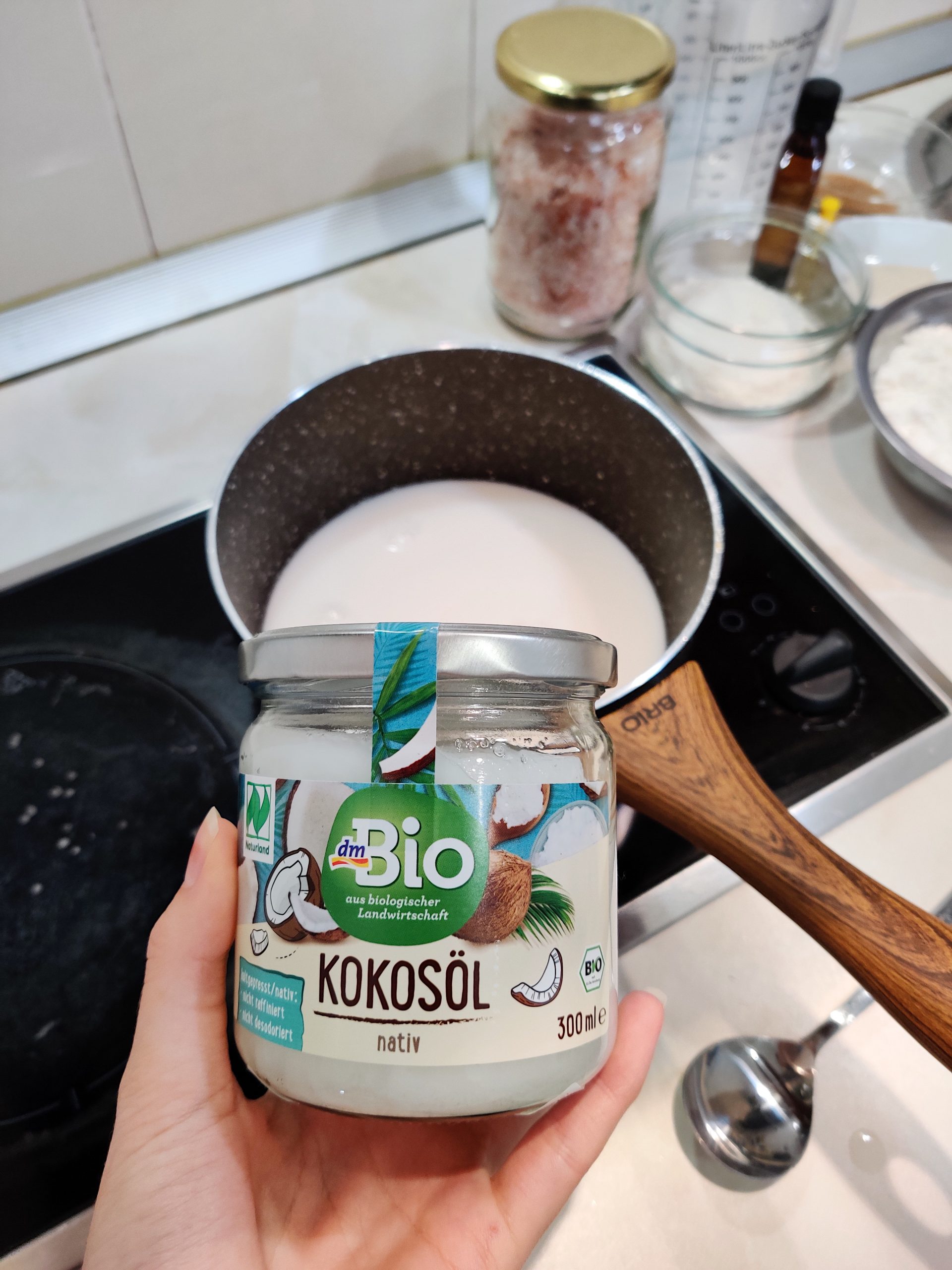 If the yeast is active, then the mixture will be foamy and fluffy…like beer foam. 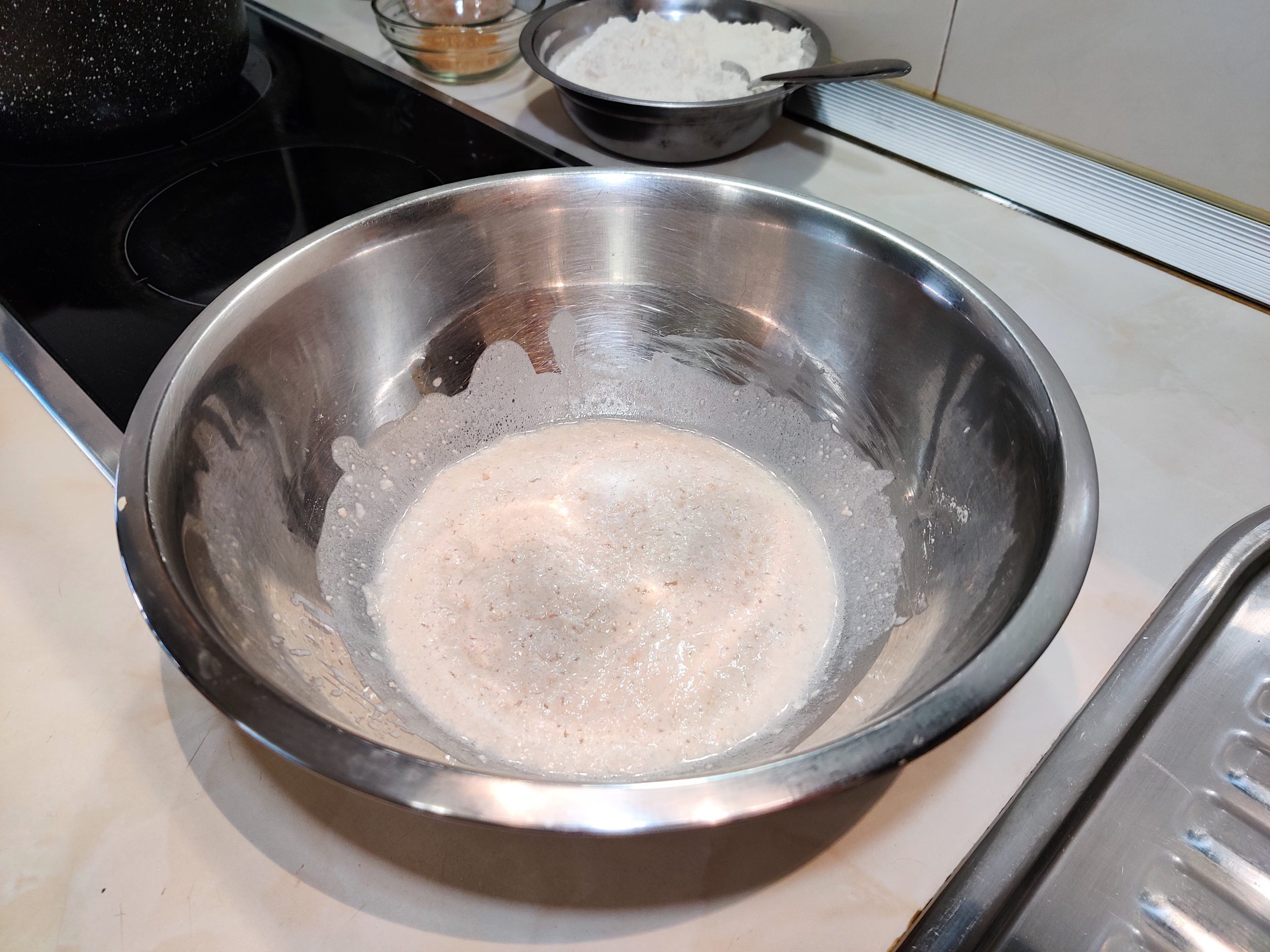 Step 2: Now you can add the rest of the flour, milk, 1 ½ tbsp of coconut flour, sugar, and as well as vanilla. I also added some caramel essence ..you can add rum or lemon flavor…

Step 3: Mix the ingredients with a spatula until they look something like this. 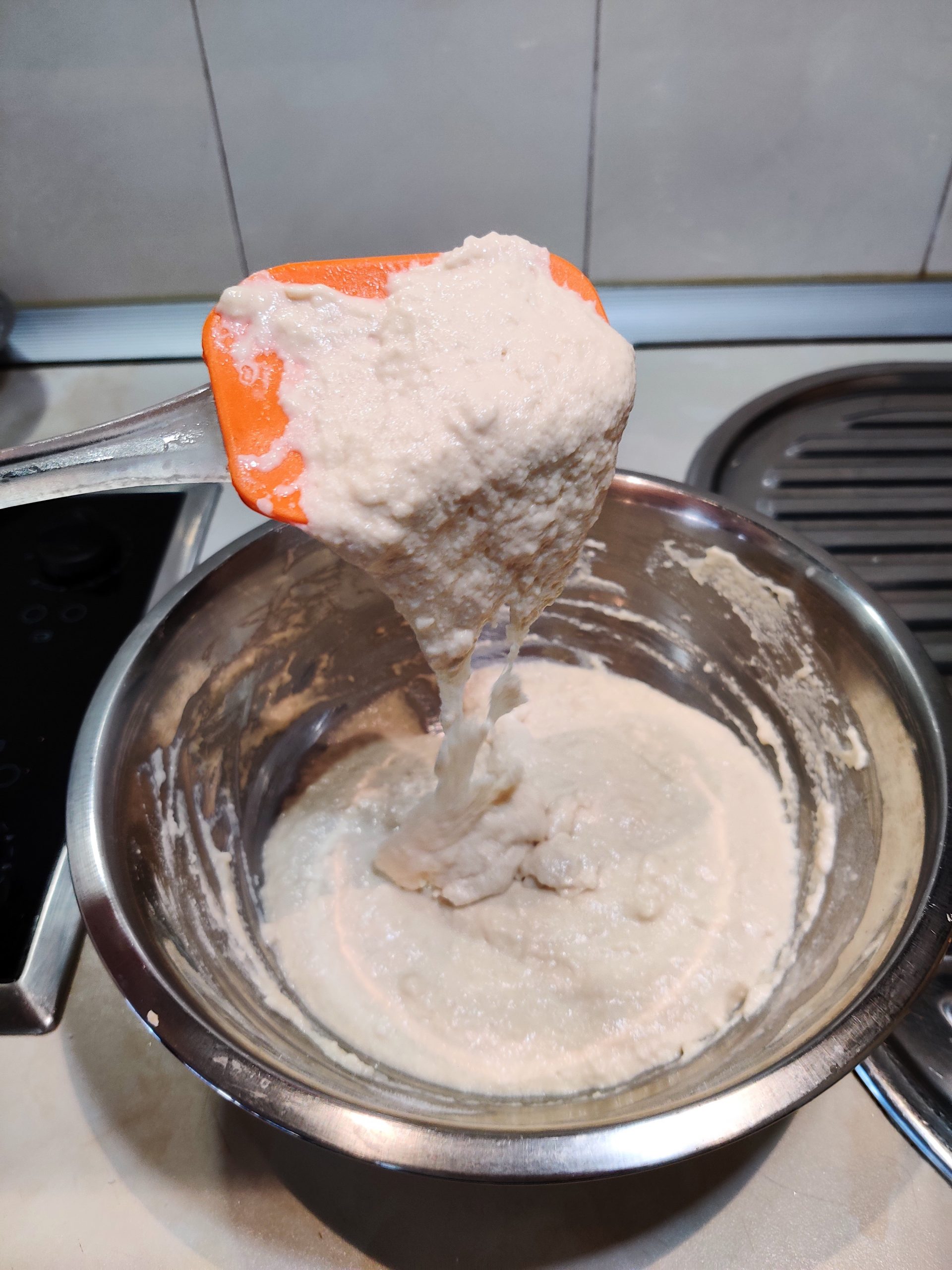 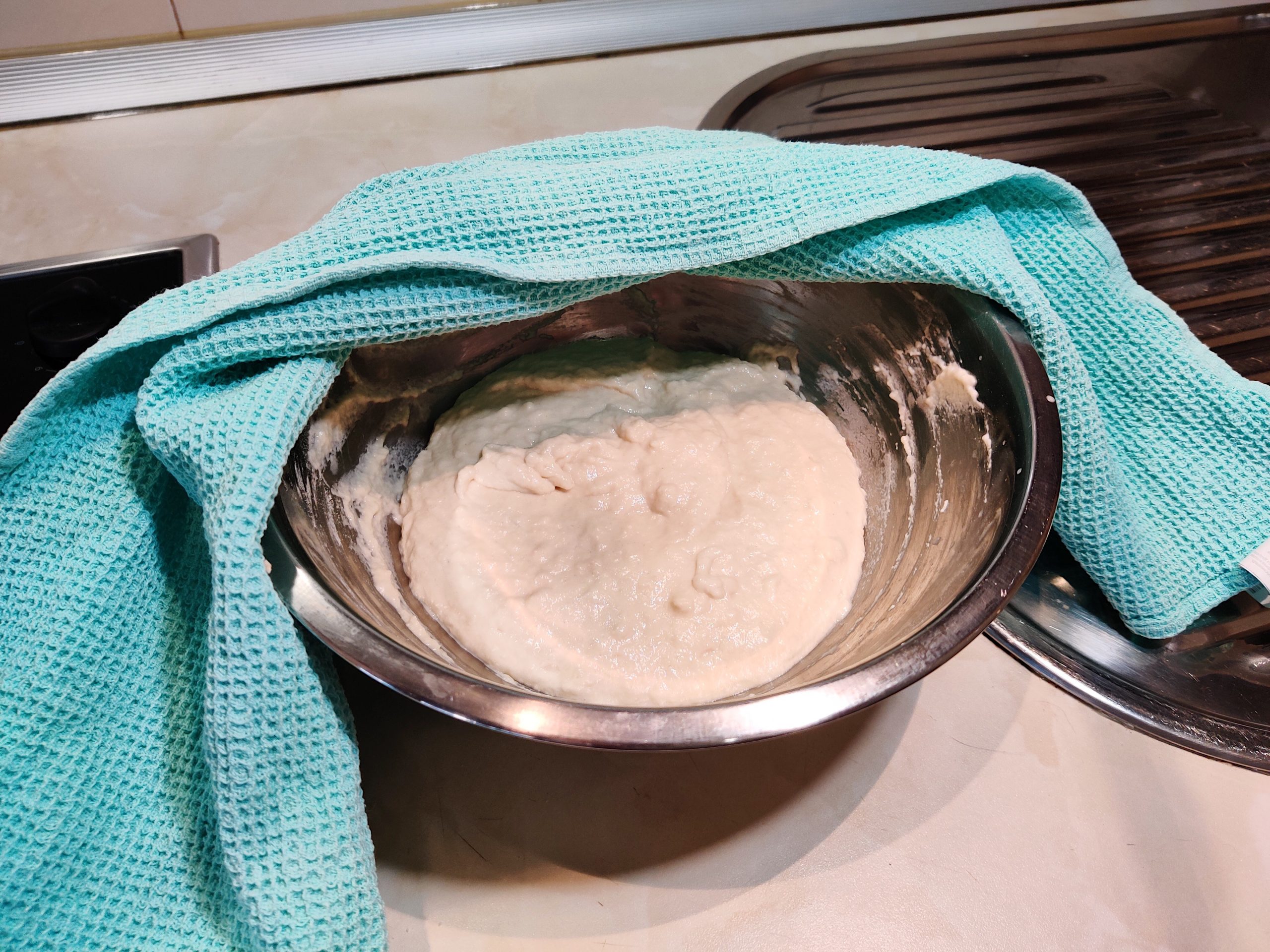 Cover with a towel and let it sit for 1 hour 30 minutes in a warm place.

Step 4: Add approximately 2 tbsp of flour and combine it into the dough. It should gain some firmer texture but remain soft and sticky!

You can add more flour but do not add too much. Otherwise, you will end up with a firm dough.

Step 5: Now divide the dough into eight pieces, roll them directly into a ball if you wish or into rectangles. 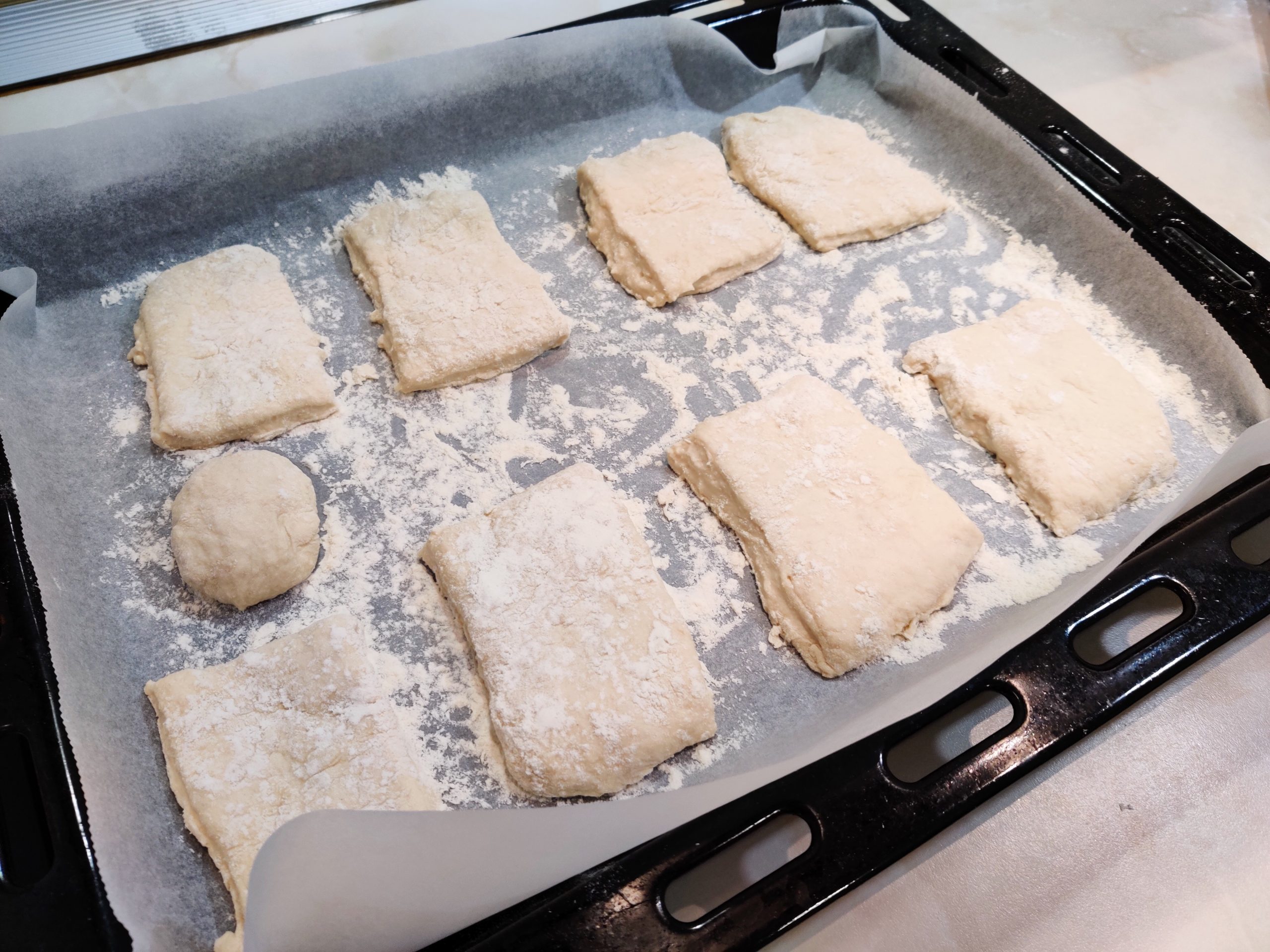 Cover them up with a towel and let them sit for 40 minutes.

Step 6: If you are like me, at this step, you would need to shape the dough into separate balls. If you have them shaped like round balls already, then you are ready for frying!

Step 7: Heat a pan with sunflower oil. Before adding your donuts, make sure the oil is hot. 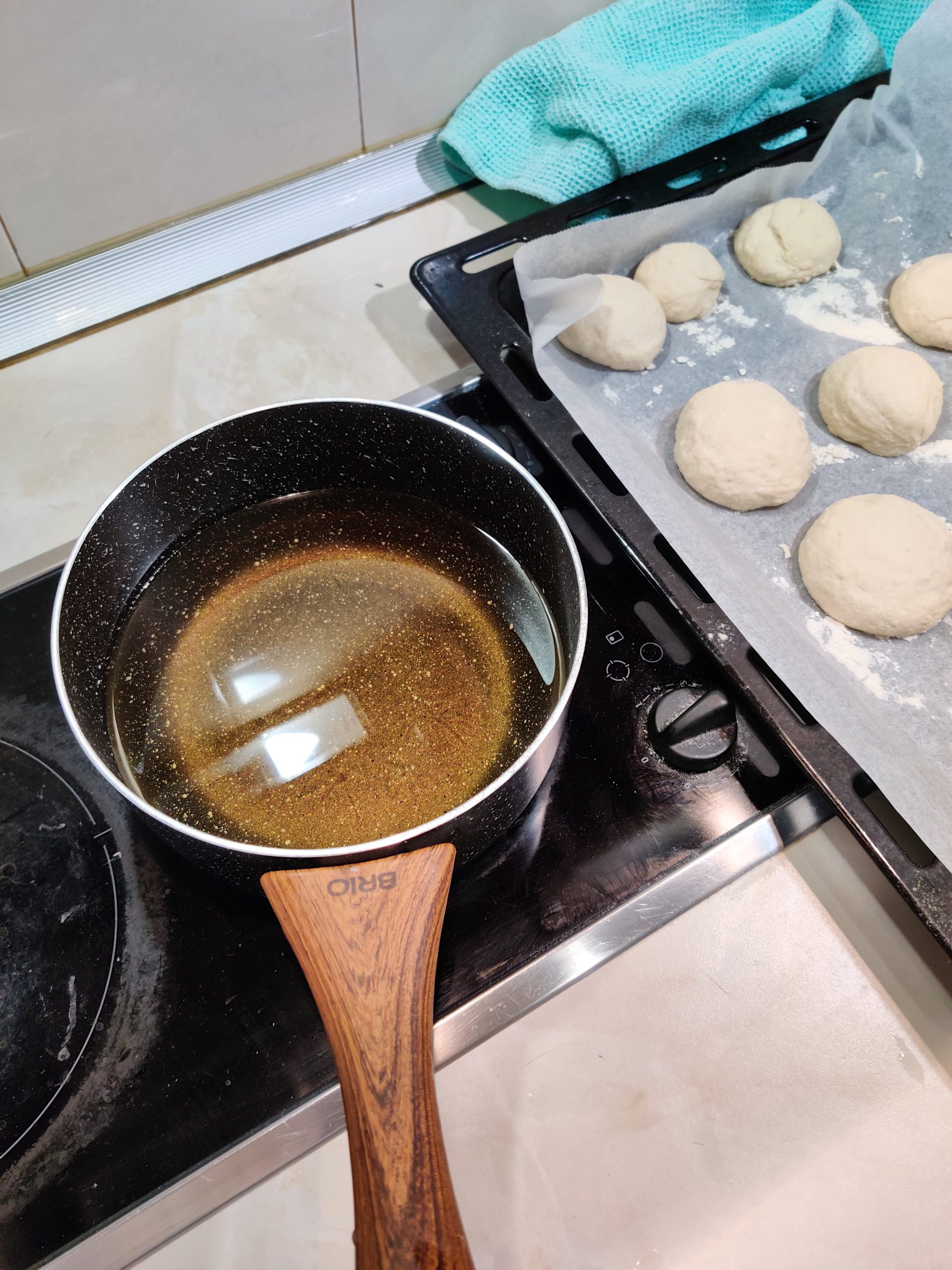 While the oil is heating up, on a plate, add some sugar and cinnamon.

Step 8: Toss it in the sugar and then transfer onto a plate to cool down.

You can also make the icing. Or you can just drizzle some chocolate syrup 🙂

And here you have it a batch of soft vegan donuts. 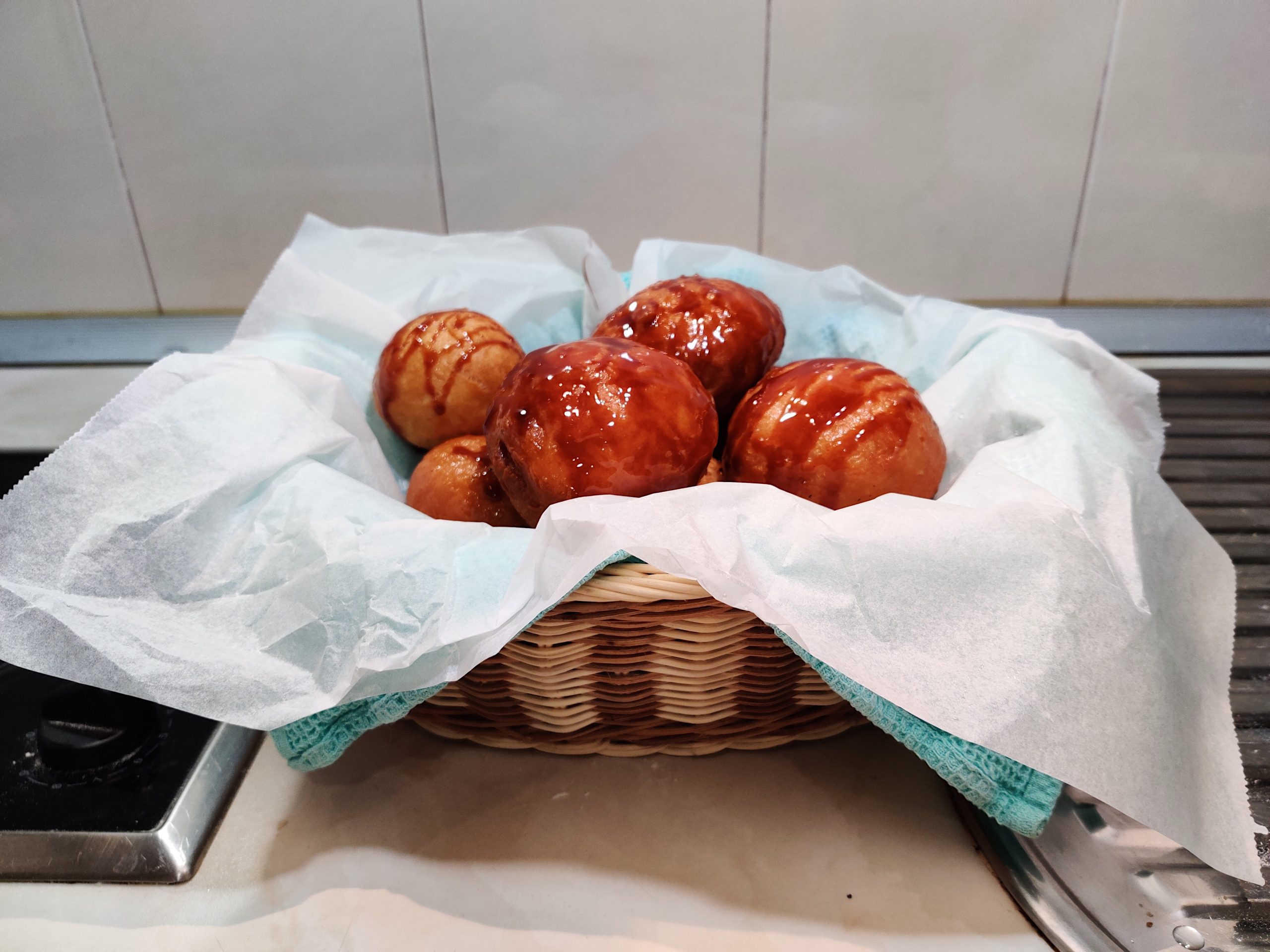 Make some tea and grab a donut to enjoy! 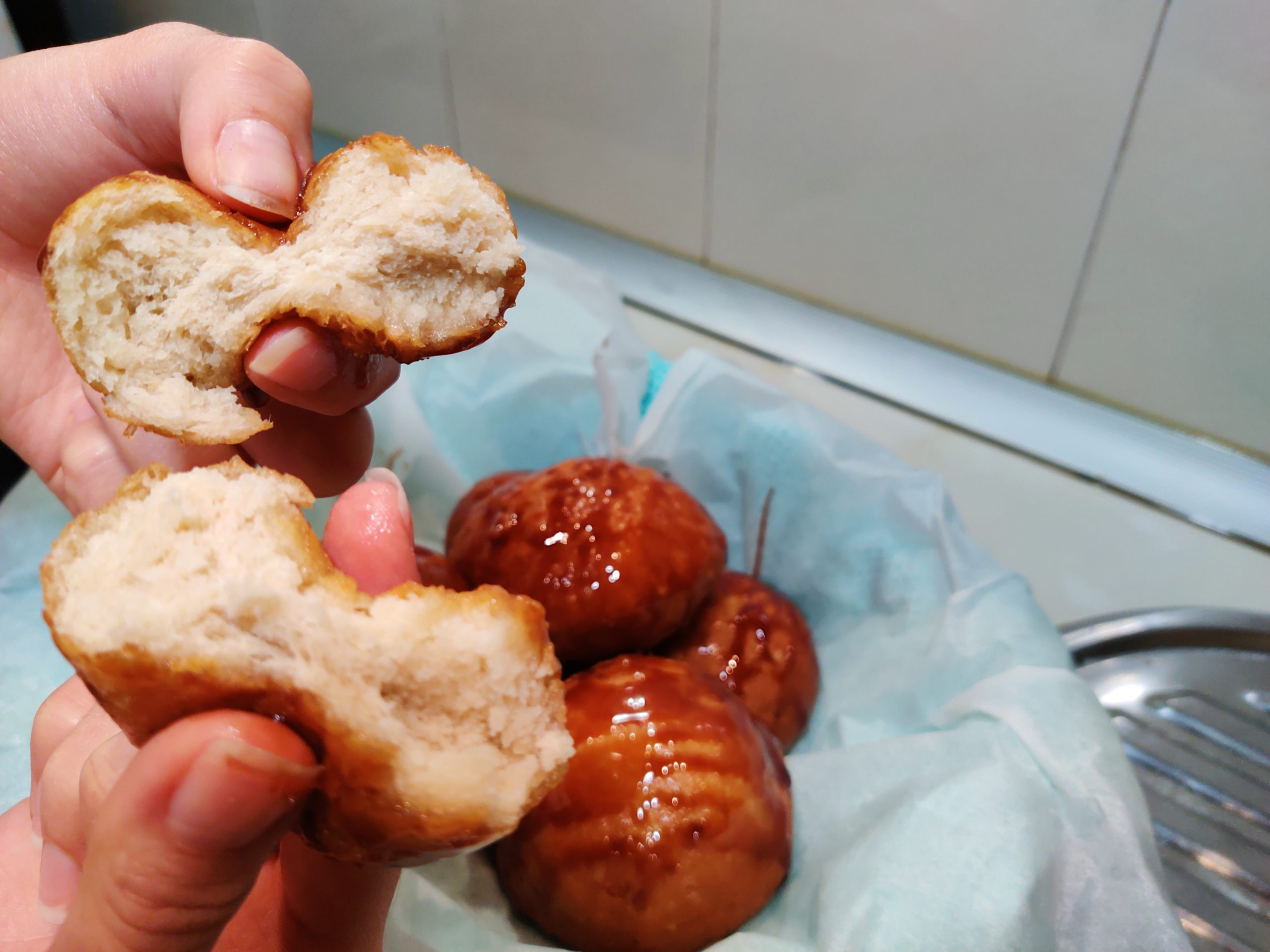 These will still be relatively fresh the next day. 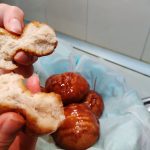